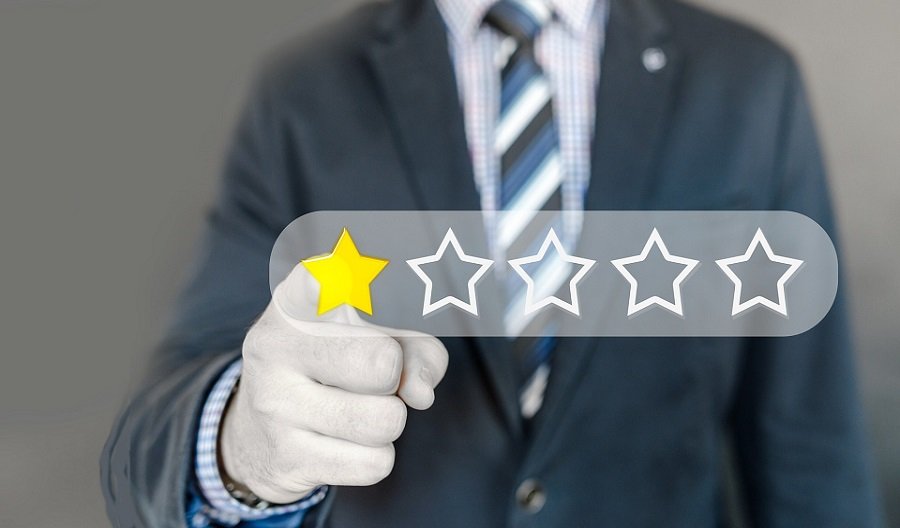 Third-party review sites such as TripAdvisor, Trustpilot and Google are hugely important for many types of business. Independent feedback from customers on their experiences can have a great influence on prospective clients and whether not they make a purchase. But like anything in the public eye that is out of your control, it can be a gamble. Whilst lots of positive reviews can help a business grow, negative reviews may cause it to struggle.

So, if you get a negative review what can you do?

The starting point is that if a review is someone’s honest opinion, it is usually perfectly permissible.

If a person felt that someone was rude, the tea was cold or the service was slow, they are allowed the right to freedom of expression. The business owner can decide if they wish to either ignore the view or respond to it. If the latter, it is often best to keep responses short, measured and polite so as not to exacerbate the matter.

This is the point when you need to decide if your loss is worth the effort required to remove the defamatory post and/or pursue damages. While all businesses can expect some level of criticism from time-to-time, defamation that is likely to cause serious financial and reputational damage to a business may need more forceful action and you might want to consider taking legal action.

Asking for a defamatory review to be removed

A review that isn’t truthful is likely to be considered defamatory.

Defamation is an untrue spoken or written expression that when published is deemed likely to harm someone’s reputation and/or cause financial damage. If the defamatory statement is in permanent form e.g. online video, written email or review site etc it is known as libel. If it is in temporary form, such as spoken words, is known as slander.

The first step if you receive a defamatory review is to see if it can be removed. In some cases, the business owner may be able to do this themselves although usually they will have to put in a request to the review site explaining why they wish it to be removed. Unfortunately, many review sites are loath to remove negative reviews and will only do so in a limited number of cases, as they wish to preserve their reputation as a neutral space where both good and bad customer experiences are represented.

Can you take action against the reviewer who made the defamatory statement?

Disputes for a defamation claim are governed by the Pre-Action Protocol for Defamation. The Protocol requires a formal Letter of Claim to be sent to the reviewer inviting their cooperation in the removal of the libellous review. If this is unsuccessful Court proceedings (in the High Court) may become necessary, at which point the reviewer will not only find themselves with the burden of proving that the comments they made were true, they are also at risk of having to pay compensation as well as legal costs which could be substantial.

There is no cap on the damages that can be awarded in Court as the amount would depend on the level of financial loss suffered. The legal costs will depend on how long the case took to resolve.

What about the review site that fails to take down defamatory comments or otherwise take action? The Defamation Act 2013 specifically addresses the issue of defamation and has a procedure for defamation victims to follow with website operators like review sites. Under the Act, the Pre- Action Protocol and accompanying Regulations a Notice and Takedown procedure has been implemented under which a victim may issue a Letter Before Action with a Notice of Complaint to the operator of the website. The operator has an obligation to process the Notice within forty-eight hours of receipt. If the author is not known and can’t be contacted, the Operator has 48 hours to take down the statement. In most cases that may well be the end of the matter.

If the author is known and is contacted by the Operator, the author has until midnight on the fifth day after the Notice was sent to respond. The author may refuse to allow the statement to be taken down. In this case, unless they consent for the Operator to release their details to the company that has been reviewed, the company will need to get a court order to obtain the Author’s details.

You are expected to follow the Pre- Action Protocol and Notice procedures before issuing any court proceedings for defamation. An operator can be liable for the defamatory comments of a user only if it fails to follow the procedures under Section 5 of the Act.

In February 2021, the review site Trustpilot was at the centre of a high-profile libel claim by a law firm who wanted the website to take a review down but Trustpilot refused under the principle that the post was a matter of freedom of speech. The law firm’s client had engaged the law firm for help with a dispute and paid a £200 fixed fee. Unhappy with the legal advice he had received the client posted to Trustpilot that his experience had been ‘A total waste of money another scam solicitor’.

The law firm told the Court that after the negative review was posted there was a ‘measurable decline’ in the number of new business enquiries in the weeks following. In his defence to the libel action, the client argued honest opinion, public interest, truth and whether the claimant suffered serious harm. He also offered to remove the review in return for a refund of the £200. The Court struck out the defence of honest opinion, as the law says this cannot succeed where the words used – in this case, ‘scam’ – convey an allegation of fraud. They also said that demanding money to remove the review “wholly undermines the defence of public interest”.

The Court said the client never fully articulated why he was so dissatisfied and that, rather than engage with the law firm in accordance with its dispute resolution procedure, he had left the review. The law firm was awarded £25,000 from the client in damages and Trustpilot was ordered to remove the defamatory review on the basis that the law firm’s client was unlikely to take it down himself. It should be noted that at the time of writing, Trustpilot said it had not yet been served with any order requiring the post to be removed, but in the event, this did happen, the order would be challenged.

In many cases, a single bad review may not be terribly damaging to your business if it is negated by lots of positive reviews. However, in cases where the reviewer is defaming your reputation and financially damaging your business, then it may well be advisable to take forceful action.

Contact Laura Colebrook in our Dispute Resolution team on l.colebrook@thpsolicitors.co.uk or 0118 975 6622 who will be happy to assist you.